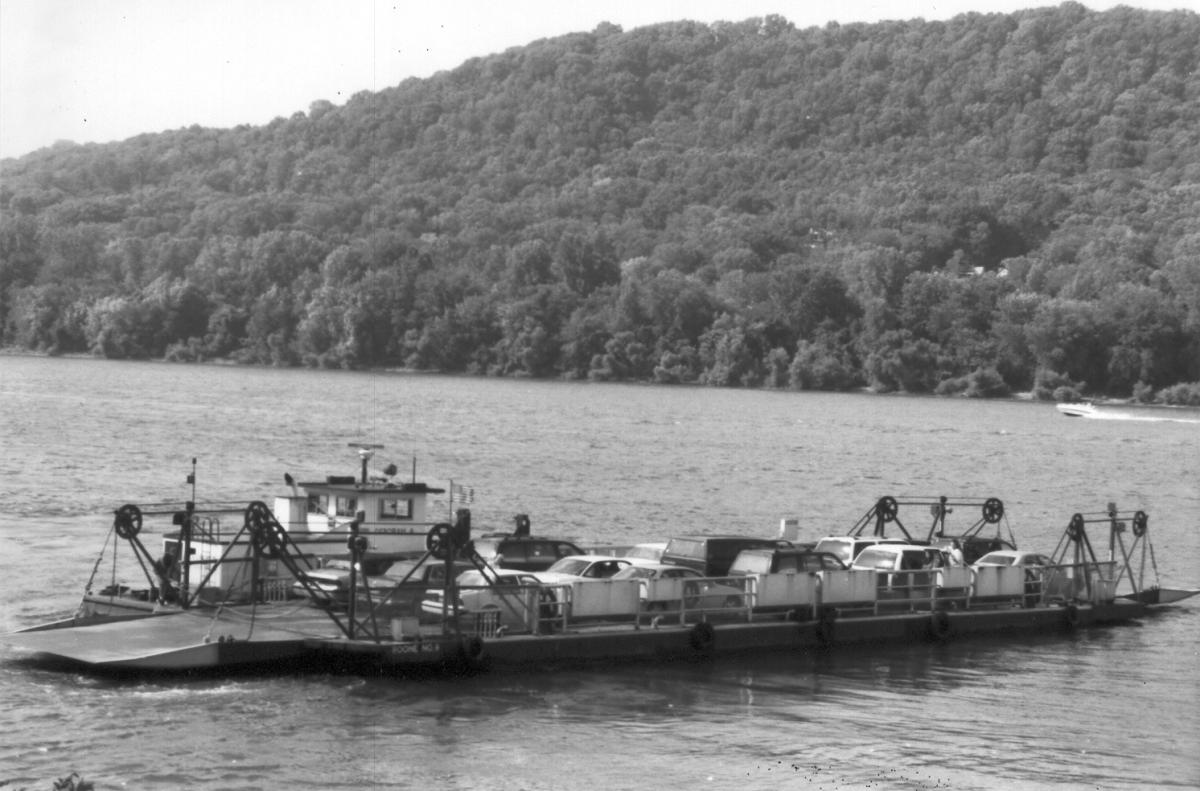 Located in Constance, the Anderson Ferry is named for George Anderson, who bought it in 1817 from Raleigh Colston. The Andersons built a large stone house overlooking the ferry where the family resided and operated a tavern. The Anderson family owned the ferry operation until 1841, when son Evan transferred the property to Montague McClure. According to legend, the transfer was the result of a lost poker game. However, there is evidence the Underground Railroad played a role in the property transfer.

UGRR and the Anderson Ferry

Stories passed down through the last 150 years hinted the Anderson Ferry was tied to Underground Railroad activity in the years leading up to the Civil War. Until very recently, there was no concrete evidence binding the ferry to the Underground Railroad. Evidence was brought to light in a modest newspaper notice.

In September 1841, the Cincinnati Enquirer ran a legal notice implicating Montague McClure and Evan Anderson in transporting George R. Smith across from Boone County to Cincinnati on their ferry (known as the Anderson Ferry). The notice states George R. Smith was suspected of aiding freedom seekers held by a member of the Clarkson family. In the notice, McClure and Anderson claimed under oath not to have transported Smith nor had any recollection of Smith having ever used their ferry service. Why is this important?

Ferry owners were at jeopardy of lawsuit and forfeit of their business license if they were found to be aiding freedom seekers across the river. Also, a ferry owner who was suspected of ferrying enslaved persons would face economic and social reprisals from their Kentucky customers. The now iconic Anderson Ferry was at real risk of being shut down if the Anderson Family was linked to Underground Railroad activity.

A story circulated that Evan Anderson lost the deed to the property in a poker game shortly after the legal notice was published. Who did he lose the property to? Montague McClure- who also happened to be Evan Anderson’s brother-in-law. The ferry property and business were transferred into McClure’s name, and the Andersons moved downriver to establish a ferry in a neighboring county. The move successfully deflected any legal ramifications away from the ferry operation. The poker game story remains a part of ferry lore today.

The legal notice mentions the freedom seekers were from a plantation owned by the Clarkson Family. Curiously, at that time, Jane Clarkson Bristow and her husband James Bristow owned 100 acres of property at the mouth of Dry Creek- right where the Anderson Ferry is located. The Andersons and the Bristows were neighbors and most likely, Evan Anderson and Montague McClure knew the freedom seekers reportedly assisted by George Smith. Jane was the daughter of a wealthy Bourbon County farmer, who inherited enslaved laborers when her father died.

The ferry business changed hands numerous times until 1865, when Charles Kottmyer bought it for $2,800, along with two acres of land. Two years later, Mr. Kottmyer converted the ferry operation from horsepower to steam power. Kottmyer's first steam ferry was christened Boone No. 1 in honor of Daniel Boone. Since 1867, nine ferries have been named for Daniel Boone, the last being Boone No. 9 in 1992. Four generations of the Kottmyer family owned the business until it was sold to Paul Anderson in 1986. It isn't certain if Paul is related to the original Anderson family. Today, three ferryboats make numerous trips across the Ohio River 364 days a year. It remains one of the oldest continuously running ferry operations in the United States, with over 190 years of service.

The History of the Anderson Ferry (2 parts)