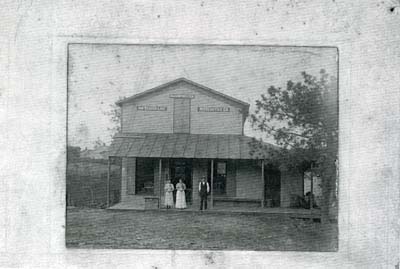 The small community of Beaver Lick in Beaver Precinct, three miles east of Big Bone, was founded in the early 1800's. It may have received its name from the local fur trade, which included plentiful beaver pelts. The town developed around the intersection of the old Louisville Turnpike (now bypassed Dickinson Road) and Beaver Road (KY 1292). It had 25 residents in 1879 and 50 by the end of the century.

When the Louisville Turnpike was rebuilt as U.S. 42 in the early 20th century, the new road bypassed Beaver Lick. While its commercial life has long since faded, Beaver Lick's historic houses, commercial buildings, churches and cemeteries still speak of its former importance.