Big Bone, Kentucky, is an area in southern Boone County. It is bounded on the west by the Ohio River, and Rabbit Hash, on the south by Big Bone Creek, which empties into the river at Big Bone Landing. The northern extent is along Hathaway Road, and the eastern portion extends not further than U.S. 42, and is approached from that direction by Beaver Road (Route 338) coming from either Richwood or Walton. Geographical features of interest include the now disappeared Big Bone Island and the Palisades of Big Bone Creek. The most notable feature is the famous Big Bone Lick, now the site of a state park. The name Big Bone also applies to the area of several thousand acres surrounding the Lick. The area is drained by Big Bone Creek, Gunpowder Creek and by Mud Lick Creek. The latitude of Big Bone is 38.88N. The longitude is -84.75W.

The area has traditionally been primarily agricultural. Early transportation was by river. There were a few steamboats built in the 1830s (until the white oak timber gave out). The largest town in the region was the now extinct Hamilton.

The name of the area has often called for comment. The extraordinarily large bones of mammoths and mastodons found in the swamps around the salt lick frequented by animals, who need salt in their diets, was the most notable feature to be found in the entire geographical region. Even the first maps noted it as “the place the big bones are found.” 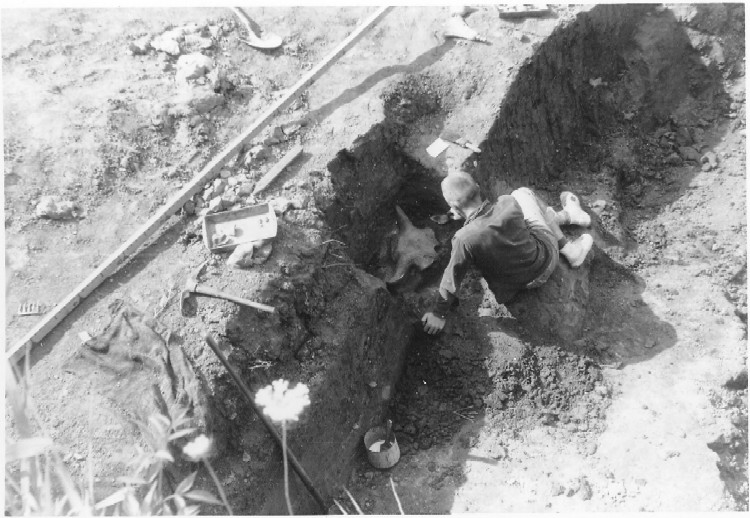 There have been excavations of several of the prehistoric sites in the area, as well as some excavations at historic sites. Several of the farms in the area were tended by slaves before the Civil War. Probably the most famous visitor at that time was General John Hunt Morgan, who passed by the Lick on a cold snowy day, with Captain Hines. They were escaping from prison after being captured in Union territory.

The hamlet of Big Bone gained some status in the early 1900s, and a “traction road,” or railway, was proposed several times, but never materialized. The park itself became a reality due primarily to the efforts of John Uri Lloyd (1849 - 1936), a notable researcher and writer from the county who founded the “Big Bone Lick Historical Association.”