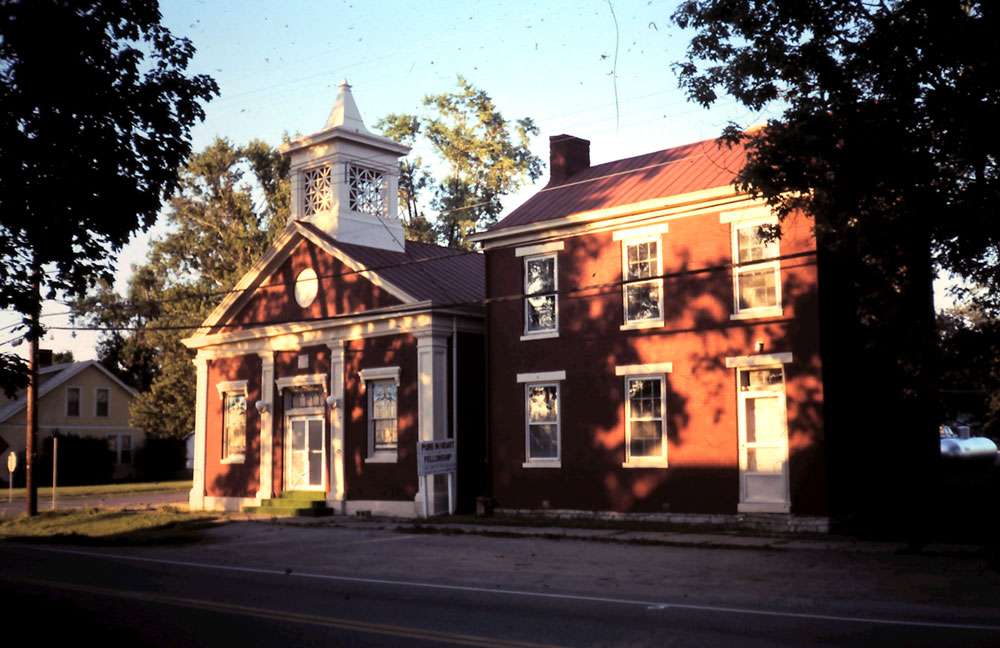 Built in 1837, this church is a single-story Greek Revival-Gothic Revival transitional building. It has a gable roof and gable-end orientation; single-stage belfry on the ridgeline above the main entrance on the facade. The three-bay facade has a centered entrance and bay spacing articulated by pilasters; fenestration on the facade is flat-topped, lancet arched on the side elevations, with religions art glass. There is a 1-story addition on the rear, east elevation.