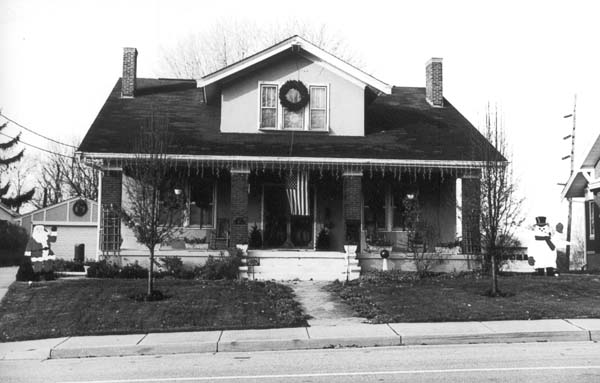 The C. Scott Chambers House and Funeral Parlor is located on North Main Street in Walton. It is a well-preserved dormer front bungalow faced with stucco. The roof sweeps forward and overhangs a recessed front porch, supported by four brick pillars. The roof surface is punctuated by a gabled dormer with triple window. Windows have vertical lights in the upper sash and a single light in the lower.

The house was built c. 1920 and served as Chambers’ residence and funeral home. He resided there until his death in 1943. The 1930 “Historical Edition” of the Boone County Recorder said of Chambers: “[B]y industry, courtesy, and kind consideration of his fellow men, he has built up a large patronage not only in his own community but in the adjoining counties as well.”