Excerpt from the National Register Nomination:

Traditional for the area in form, the gable-front building has a single opening in the front, 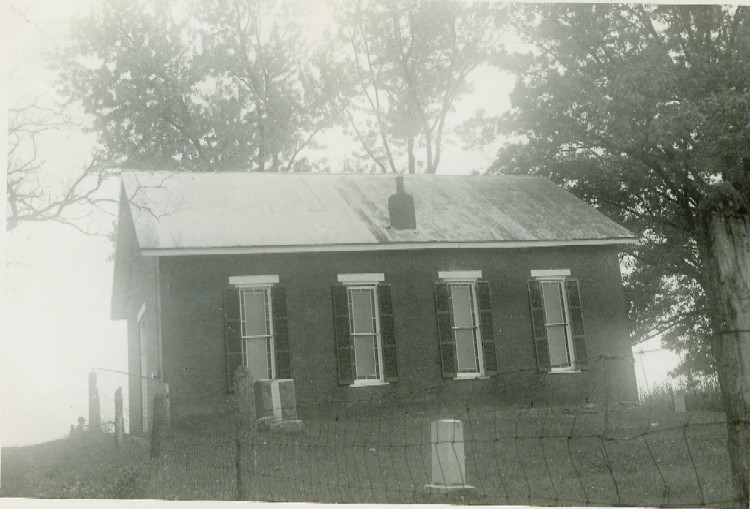 none in the back, and four windows on each side. The double doors, designed in a distinctly non-Greek Revival style with chamfered members including diagonals, are lighted by a large transom. The shuttered windows are topped with wooden lintels; the sills are of wood as well. The brickwork is in common bond, and the fading red paint on the bricks is possibly original. A stove flue pierces the roof surface near the center of the north wall.

The cemetery south of the church has been in use from the 1960s, while the cemetery to the north was not used until the mid-20th century. A privy behind the church was constructed after the church's period of significance.