The church was organized in 1812 by members of the Bullittsburg Baptist Church and the Middle Creek Baptist Church who wished to establish a church closer to their homes. 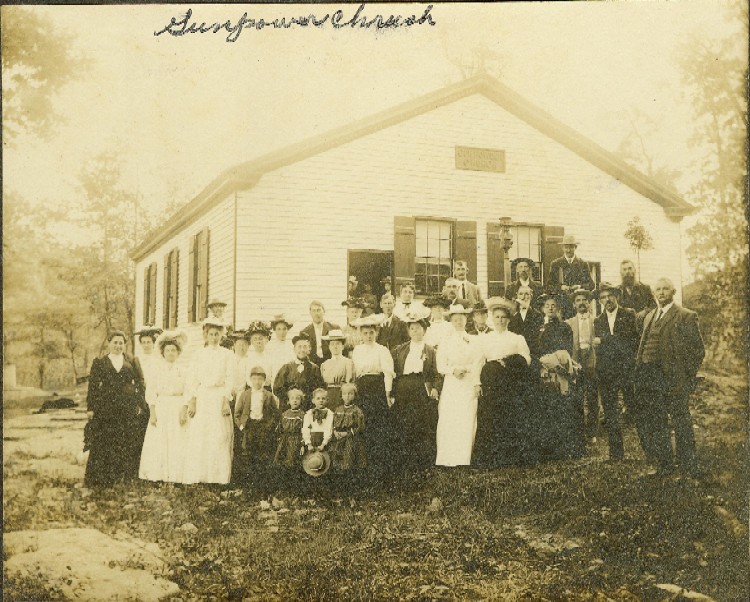 The church building was built on an island about twelve miles southeast of Bullittsburg, where the Gunpowder Creek forks thus the name. The land was sold to the church by founding member (and later pastor) Lewis Conner for one dollar.