Johnson and Nancy Aylor House (BE 497) 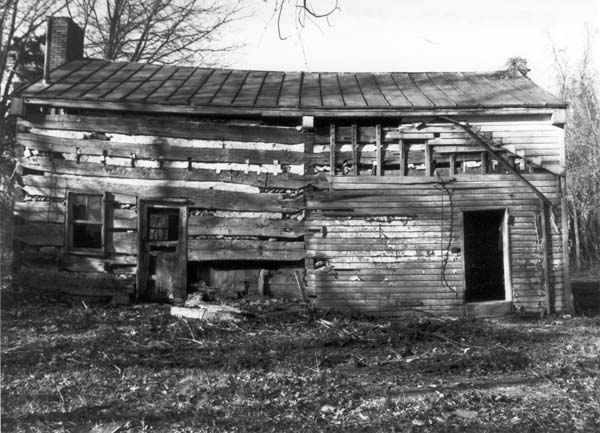 Located on Limaburg Road, the Johnson and Nancy Aylor House is a one-story log dwelling with raised-seam metal roof. The main facade is pierced by four bays in a window-door-door-window pattern. Brick slope-shouldered chimneys stand at the gable ends. A one-story, gabled ell, of braced frame construction, was appended to the house soon after its construction; it has since been removed.

Like the Joel Garnett House, the Aylor House is a significant expression of log construction in Boone County. Johnson Aylor was a farmer of German ancestry whose ancestors were part of Virginia’s Germanna colony. He married Nancy Margaret Crigler, the daughter of a neighboring farmer, in 1844. The farm remained in the family until the 1950s.

The house has endured years of neglect and vandalism but its historic core remains intact.