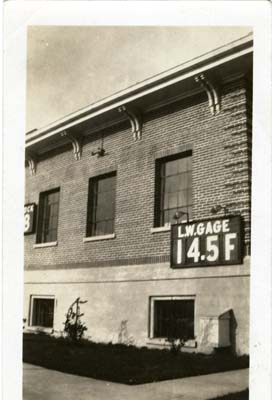 The town of McVille was founded by Green Isaac McMullen in 1881. Overshadowed by Belleview, its larger neighbor, McVille remained a small community whose life was centered on the river. Several steamboats were built there, and it boasted a river landing and a ferry. As of 1883 it included four squares bisected by alleys.

In 1926 the Louisville office of the Army Corps of Engineers began construction in McVille of Lock and Dam 38, part of a series of small navigation dams along the Ohio River. Eventually these were replaced by more sophisticated dams. Following the construction of the Markland Dam in 1962, Lock and Dam 38 was blown up. This change lead to higher river levels in Belleview and McVille, flooding the Front Streets of both towns.

Today McVille is a small rural community whose identity has largely merged with that of its older neighbor, Belleview.