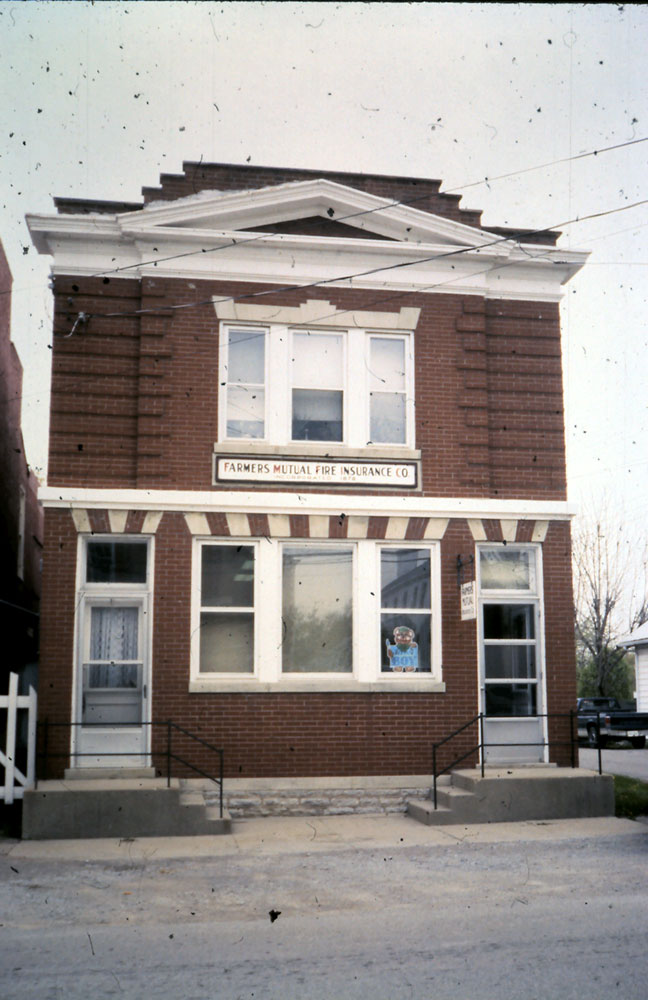 This is a 2-story Neo-Classical Revival brick building (c. 1906) with corbeled brick trim and a shallow pediment rising from the cornice on the facade, which apppears little altered from the original. The building's fenestration is flat-topped, set singly, some of which is trimmed with smooth-dressed stone lintels with keystones. The building was built as the Peoples Deposit Bank, one of at least two financial institutions which operated in Burlington during the late nineteenth and early twentieth centuries. The bank was established in 1904, with an initial capital stock offering of $20,000. Owen Watts was elected first chairman of the bank and B.W. Adams, president. In June 1905, the lot was purchased for the erection of a banking house and ten percent of the stock was pledged to pay for a new bank building. The bank opened for business on November 6, 1905. Among the various presidents of the organization was Judge Nathaniel Riddell. The bank merged with the Boone County Deposit Bank, BE-150.