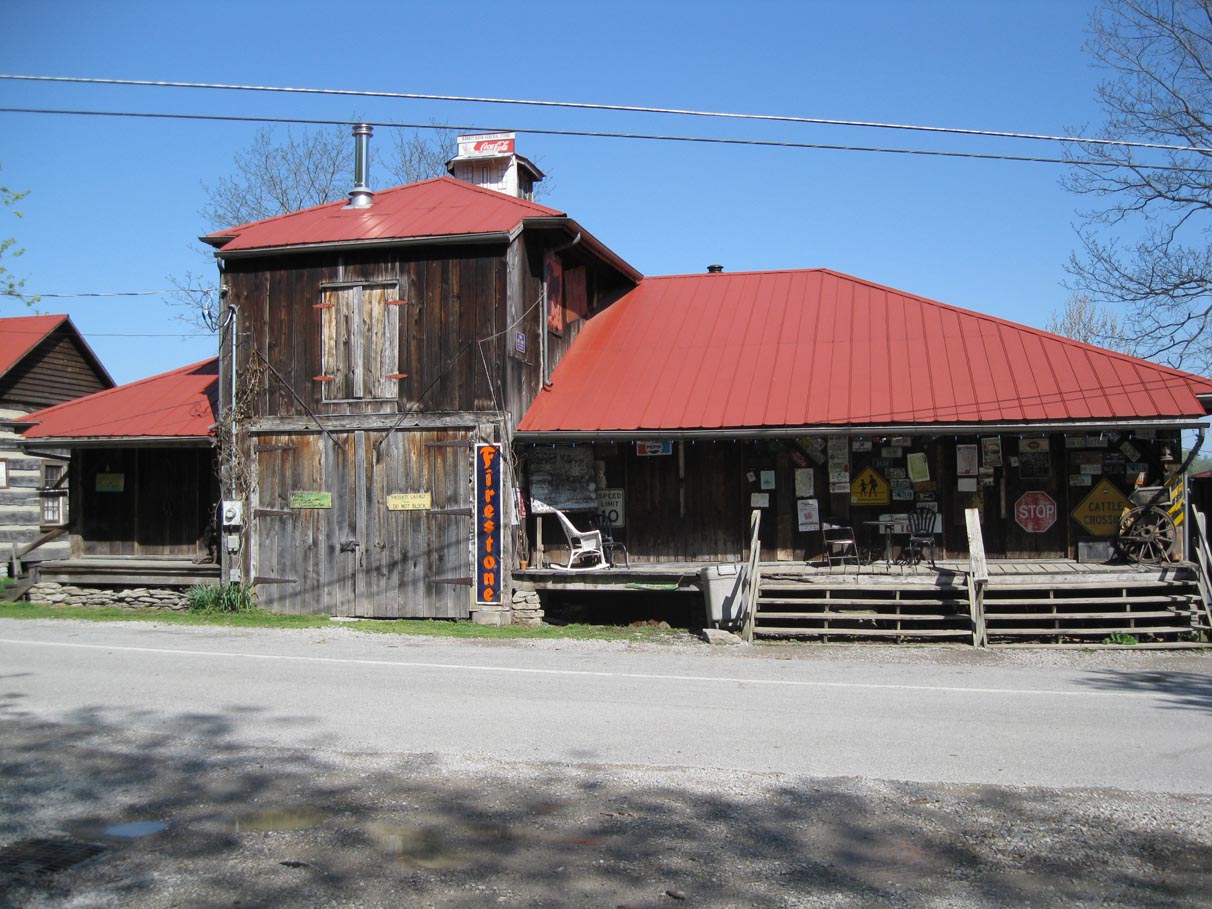 Originally located about three miles from Rabbit Hash, this barn was dismantled and relocated to the town c. 1981. It utilizes a three-part configuration, consisting of a central block flanked by lower, one-story wings.The barn is built of hand-hewn timbers secured by mortise and tenon joints. All three sections are covered by low, gable-and-hip roofs of raised-seam metal. The walls are covered with vertical wood siding. The bam rests on piers of stacked fieldstone and on bell-shaped supports of poured concrete; the concrete piers are fastened by metal straps to the sill logs, in order to secure the building during floods. Much of the foundation is covered by metal skirting.

According to a 1994 interview with Wanetta Clause, this was the location of the Acra Creamery, owned by her uncle, Jack Acra. Her mother, Ada Acra Ryle, kept the books for this business.