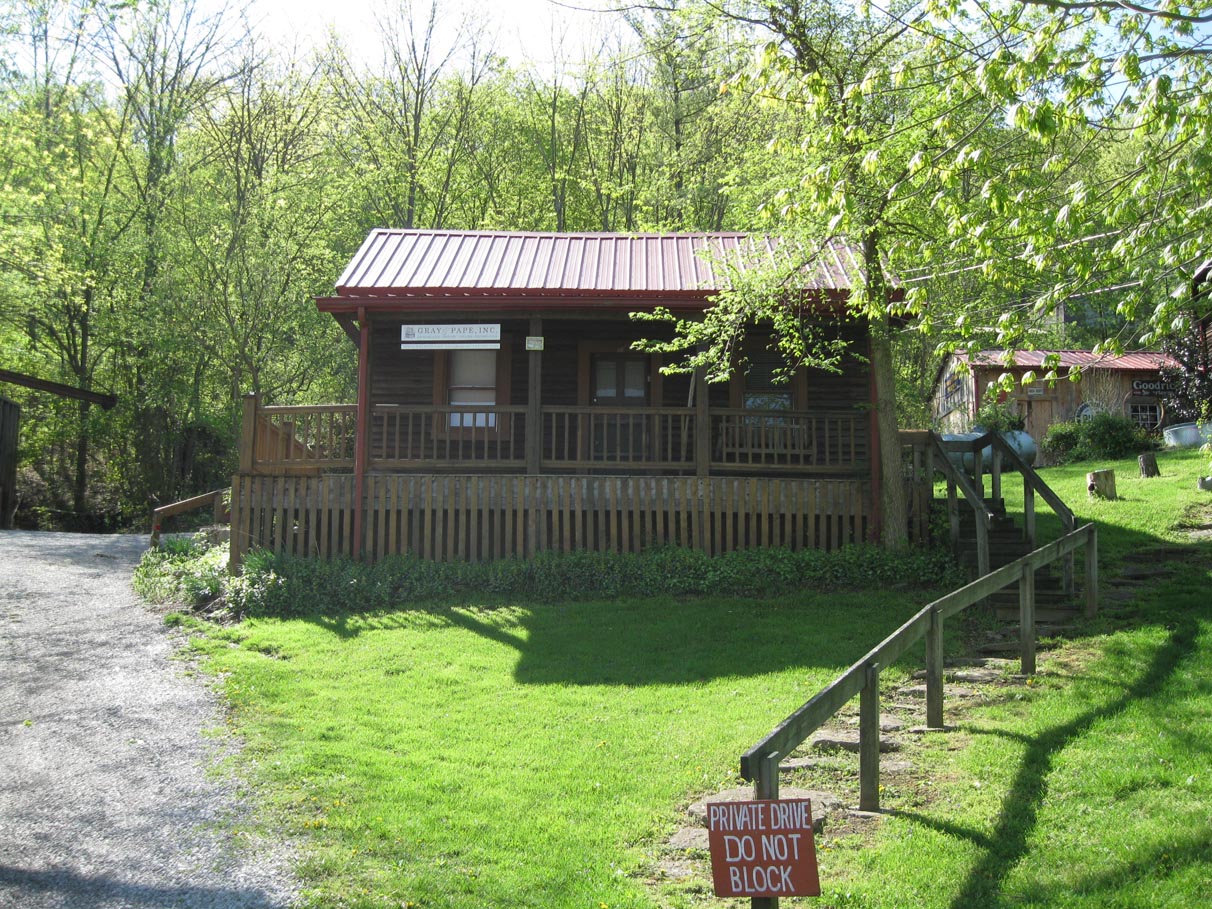 This modest frame building was built in the last quarter of the 19th century (exact date unknown). It served as a doctor's office until the 1930s, then remained vacant for about 20 years. It was then used intermittently for the next 50 years. In the 1980s it was renovated and converted to a residence. The building is one of several examples of the hall-and-parlor house in the Rabbit Hash area. The main block is a two-room, balloon-framed structure with metal roof, on a limestone foundation. The facade is pierced by three bays arranged in symmetry. The walls are sheathed in stained horizontal hemlock siding. A simple, shed-roofed porch, added in the 1980s, covers the facade. At the rear is a large, one-story addition (not visible from the front elevation), also appended in the 1980s.