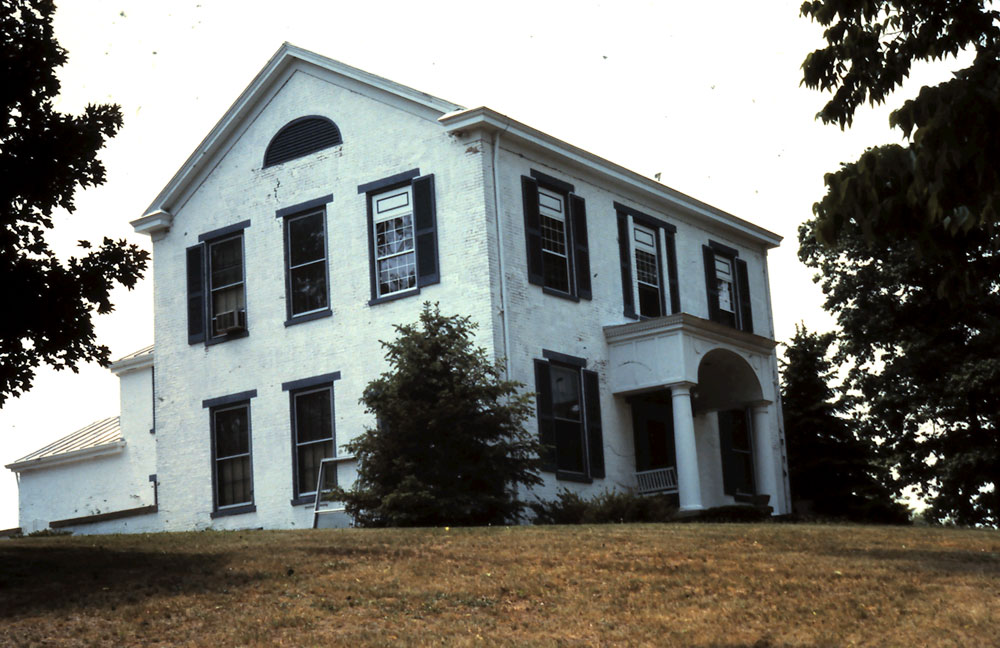 The Reverend Robert E. Kirtley House in North Bend Bottoms was built in the mid nineteenth century for one of Boone County's greatest preachers. Kirtley long served Bullittsburg and Sand Run churches as well as other numerous Baptist churches in the county. Although the house was planned on a lavish scale, it was never completed. Part of the significance of the house is, in fact, its state of incompletion. The entire second floor is left with bare brick partition walls and unfinished door and window openings. The first floor, however, is finished with grandly conceived Greek Revival moldings.