A significant Greek Revival work in Boone County, the Parker House is a classic five-bay I-house, built in brick. The large front door unit, with transom and sidelights, is finished with a crossette architrave surround. The 6/6 windows are topped by stone lintels. The gabled entry porch with engaged pilasters and paired Doric columns is a reconstruction. The lane leading to the house formerly was an old road, following Terrill’s Branch. 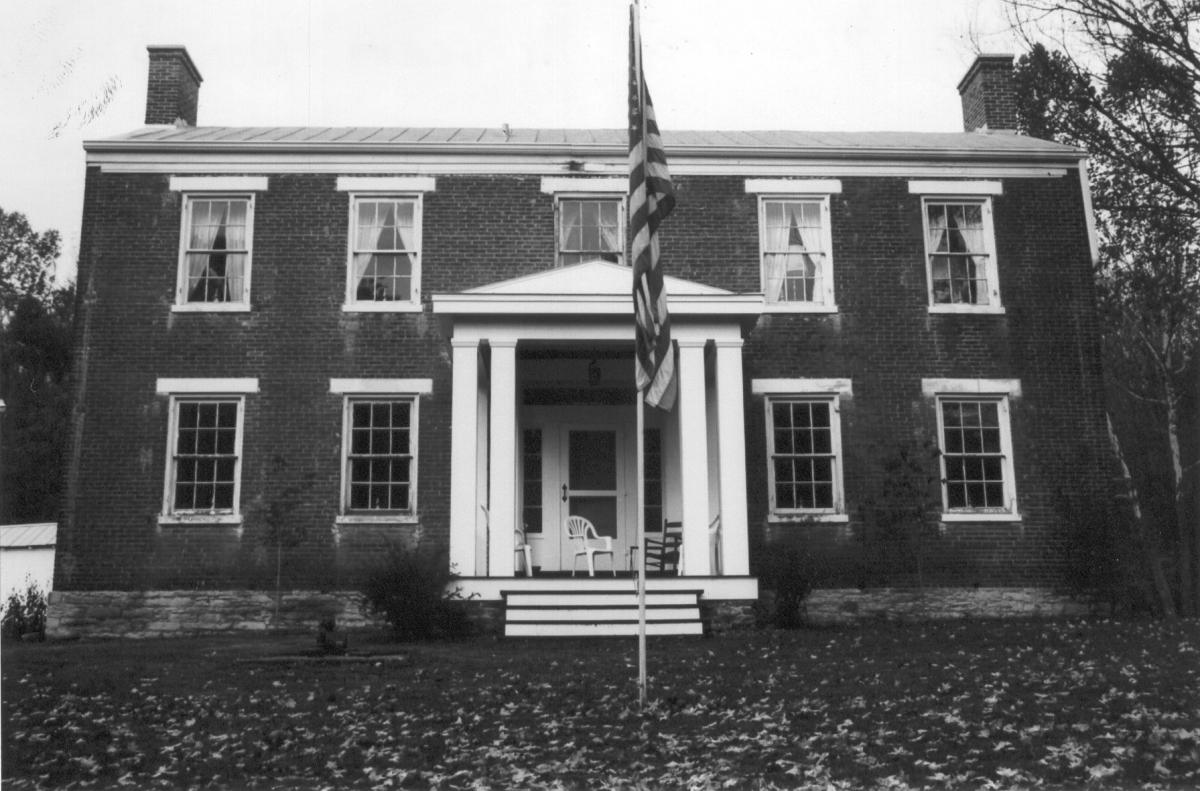 This house was built in 1856 for Richard Parker, who served for a time in the Kentucky Legislature, and later passed to the Berkshire family.

The house was added to the National Register in 1989.