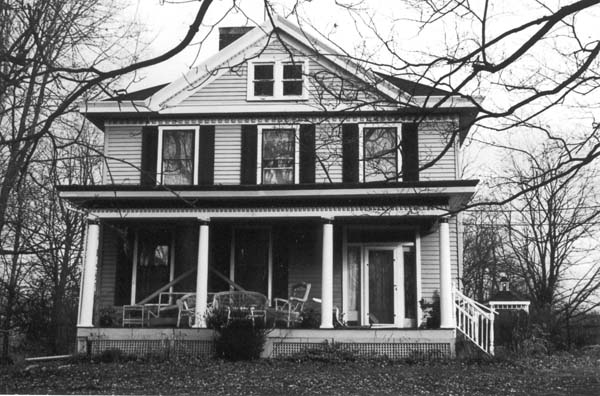 Located on Chambers Road in Walton, the Robert Chambers House was constructed in 1914 and represents stylistic and structural innovation in a rural house of the early 20th century. It is a frame residence of rectilinear form, under a cross-gabled roof of stamped metal shingles. A roof gable is centered on the facade. Extending across the front is an open porch with Tuscan columns. The house rests on a poured concrete foundation, said to be one of the first in the county; because of technological limitations, it was poured in three sections. An English timber-frame barn stands on the property.

The landscaped lot is shaded by a giant Osage orange tree, believed to be nearly four hundred years old. Chambers was the scion of a wealthy family for whom the road is named. The house was added to the National Register in 2000.