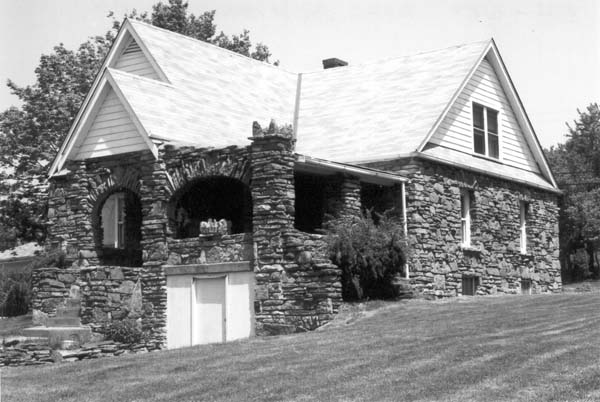 Set in the picturesque Gunpowder Creek valley, this house is a good example of a modest Tudor Revival house of the Depression era, surrounded by outbuildings of the same period. The facade is dominated by a steep gable; the stone porch features segmentally arched spandrels and a crenellated corner post. Near the house stand an original tenant house, chicken coop and barn.

The house was built by Roy C. Lutes, who was a rural mail carrier and Florence Postmaster from 1924 to 1964. According to the current owner, the Lutes family bought the property in 1918 and moved into an extant log house on the site. From 1926 to 1929, Mr. Lutes built the stone house around the original log structure. Although, assisted by a stonemason named Mr. Marks, Mr. Lutes insisted on constructing the window and door arches himself with rocks he collected while delivering the mail in Boone County.