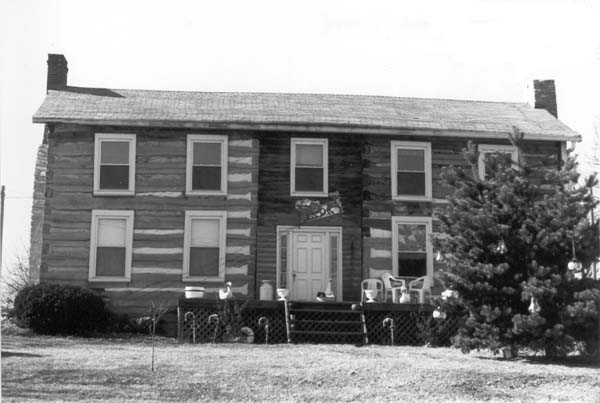 Until it was destroyed in a fire, the Ryle Homestead was one of Boone County’s few surviving early 19th Century dogtrot log houses. Also known as the J.Q.A. STEPHENS HOUSE, it was built to two stories. The central bay, with Greek Revival doorway, appears to have been enclosed soon after the house was completed. A stone chimney anchors the west gable end; at the east end is a brick chimney, likely a replacement.

The rear ell, built some years later, has been expanded several times. The house was one of several local properties associated with the Ryle family, who were among the area’s earliest settlers.