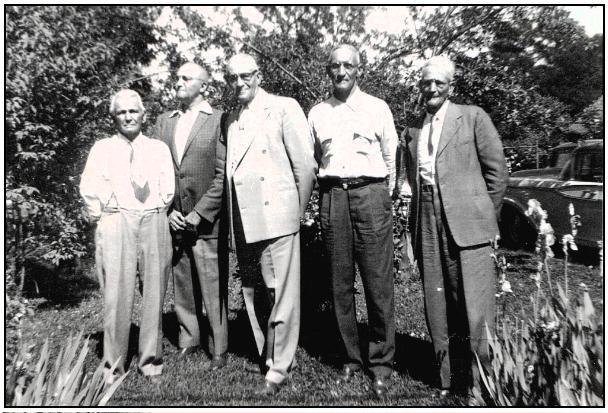 Ellen born circa 1826 is found along with her mother Viney and several children listed among the items of property in the 1841 Last Will & Testament of Benjamin F. Finnell (married to Sarah Jane Carter) second wife of Weedon McCauley Sleet Sr.

It appears that after leaving Boone County in 1868 the couple is found in Mercer County, Pymatuning Pennsylvania by the 1870 census. (I estimate the time of departure to be near 1868 as their last child born in Kentucky is 2 at the time of the 1870 census and their youngest child is 9 months old.)

Simon Sleet: born circa 1836 is also found with his mother Viney and several other children listed among the items of property in B.F. Finnell's Will & Testament 1841. In an personal account published in the Boyne City, Michigan newspaper Simon Sleet tells of the family with his mother and siblings until the approximate age of 4. This seems to be near the time that Benjamin Finnell would have become ill or perhaps near the time of his (Finnell's) death and perhaps a wish to discharge property.

He reports being sold several times with his last owner being Morris Lessons? (Editor's note: probably Morris Lassing) During the Civil War he reports (1) serving with the Confederate Army being promised his freedom for his service (2) serving in the Union Army after he the Emancipation Proclamation. For the record, I have come across several African Americans who reported being taken into the service of the Confederacy as; body servants, graves registration, teamsters, cooks and so forth thereby relieving Confederate soldiers from these roles.

Mr. Lett also notes: Amid the controversy over “Black Confederates” I recall visiting an African American family in Petersburgh Virginia who was quite adamant that their ancestor “fought for the Confederacy”. Military units in the Civil War were formed largely by regions and composed of regional populations. Therefore all the men of Petersburgh served in the same unit. I believe the problem in accurately accounting for the degree of service is within the terminology. No doubt if you went off to war with a military unit from your home town and that unit was engaged in battles (whether you were a teamster or a cook) you would say you were involved in the battle.

The Confederacy as a matter of policy had no African American men in the role of serving as soldiers. Having said this I have learned of individual accounts of African Americans carrying weapons amid the lines of the Confederate troops.