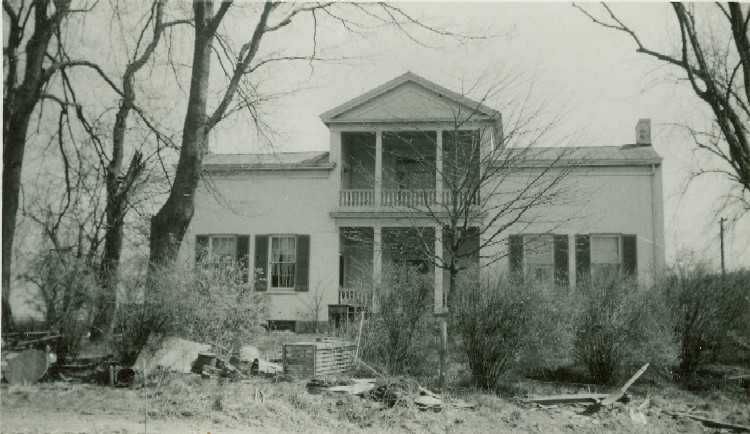 The Terrill-Moore house in North Bend Bottoms is perhaps the most architecturally significant Greek Revival work in the county. The brick main block is a middle nineteenth century addition to a single-pen log house built about 1800. The log house may have belonged to William Kirtley and the brick addition was constructed for Major John H. Moore, a Civil War veteran. The Greek Revival portion is the only fully developed temple-form house in the county, but the urge to create a striking, three-part composition resulted in inadequate interior lighting and an inconvenient circulation pattern. Because of the recessed double portico, circulation between the major rooms behind the portico and the less important rooms in the side wings had to pass through one of the open porches; also the upper chambers in the wings could not be lighted by windows in the main façade without upsetting the classical composition. Nevertheless, in no other building was sacrifice of convenience so well justified by architectural achievement.Boone County: a survey of historic sites in Kentucky 1979:41