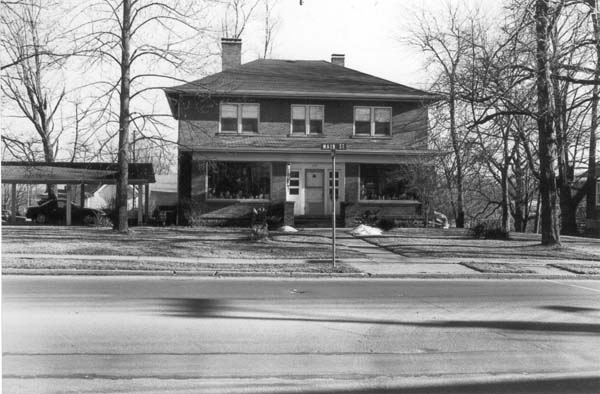 A focal point of Main Street in Florence, the Virginia Corey Goodridge House is a vernacular Colonial Revival residence of generous scale. The main entrance, centered on the facade, is highlighted by an eight-panel door with three-pane sidelights. The door is enframed by fluted columns and pilasters salvaged from the Southern Hotel, which formerly occupied the site. A one-story brick porch extending across the facade has been glass-enclosed.

The house was built in 1922 for farmer William Horace Goodridge and his wife, Virginia, for their retirement. William Goodridge died a year later; his widow resided there until her death in 1968. Still owned by the family, the house has been carefully preserved.