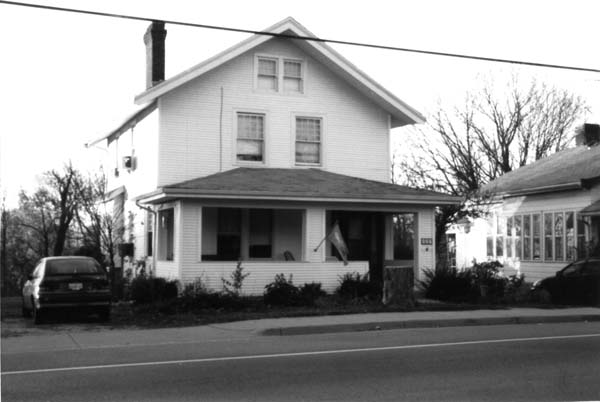 Located on North Main Street in Walton, the Wallace and Marcy Scott Grubbs House is an American Foursquare with front-gabled roof. This house features a sturdy, bungalow-style brick porch, and double-hung windows with 16/1 panes. It was built c. 1910 for Wallace and Mary Scott Grubbs.

Mary Grubbs was the daughter of undertaker C. Scott Chambers; she and her husband–both licensed embalmers–joined her father in business and took over the firm after Chambers’ death. Mary Grubbs was the first woman to be licensed as an embalmer in Kentucky. She became a respected community leader, and the highway connecting Interstate 75 and U.S. 25 in Walton is named in her honor.