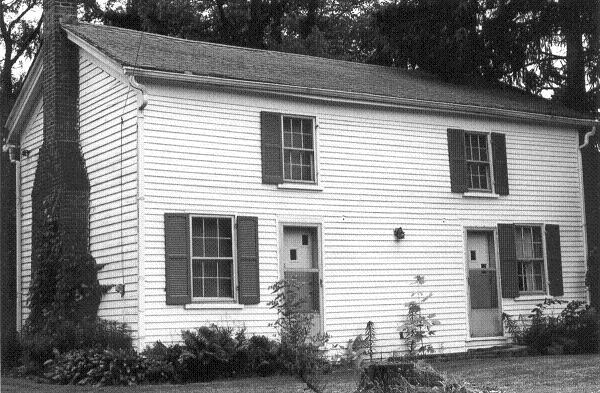 The house is a weatherboarded log dwelling on the double-pen plan. It stands two stories high under a side-gabled roof of moderate pitch. The main facade, facing Conner Road, is four bays wide, in a window-door-door-window pattern. The bays are placeed in the outer edges of the facade, leaving the center blind. At the east gable end is a brick chimney that replaced an earlier, limestone chimney in the same location. Vernacular Greek Revival woodwork graces the house's interior.