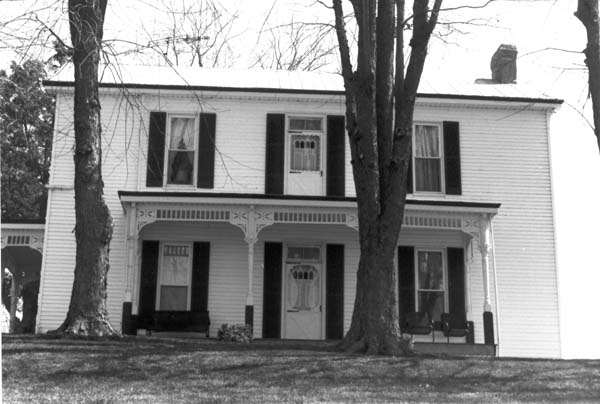 The Grimsley House occupies a commanding site above the Ohio River, near the mouth of Big Bone Creek. Built in 1893-1894, it is a late example of the I-house type so popular in the county. A Folk Victorian spindlework porch graces the main facade, and a smaller porch of similar design can be seen at the north elevation.

Although the house’s history has not been documented, interior clues suggest it may have been built around an earlier dwelling. In a grove of trees behind the house are graves of members of Moore and Grimsley families. The Grimsley House, like several others in East Bend, has been attributed to builder James McIntryre.